This weekend (on the 7th of April) I returned to the Trail des Reculées for the third time. In 2016 and 2017 I ran the "Les Laves" course which is 44km, however, this year I wanted to run a shorter distance as I'm building up and preparing for races coming in the summer. I decided to run the shorter "La Diana" 15km race. This race starts later, it's always nice to start at 10h00, and despite being shorter it winds through some of the most beautiful sections of the longer races.

V and I traveled to Lons le Saunier on Saturday to explore and enjoy this area of the Jura in a more relaxed way than we had done in the past. It was a warm and beautiful day and all the forests and fields looked so green and fresh and rejuvenated. It was a treat to have time to look around, buy some of the local produce which the Jura is famous for and feel relaxed about the race.

When we woke up Sunday morning it was pouring with rain. It was typical spring weather which immediately brought back memories of running in the mud on these trails during previous editions. Fortunately with a 10h00 start and the fact that I picked up my bib the day before, I could arrive at the start as close to the race as possible avoiding too much time out in the rain before actually running.

The pace from the start was the usual lightening fast, frenetic run out of town with everyone trying to settle into positions before the route narrowed down to muddy paths and trails. I started well, taking my time and not overdoing it, but working on starting a little faster than I have been in past races. I was happy with that approach to the race and as we went up the first muddy climb I easily passed a few people and found my climbing legs. The route followed a gentle climb and some rolling terrain until a long descent to the first checkpoint. The descent could have been incredibly fast because it was a beautiful, smooth trail, but on Sunday it was a muddy, slippery mess requiring extra caution. I ran steady and in control and I was loving every minute of the race. 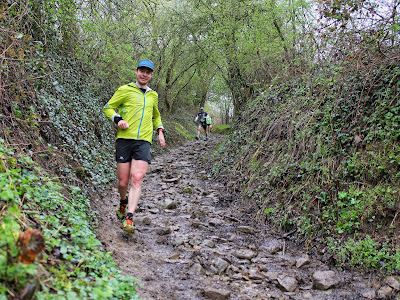 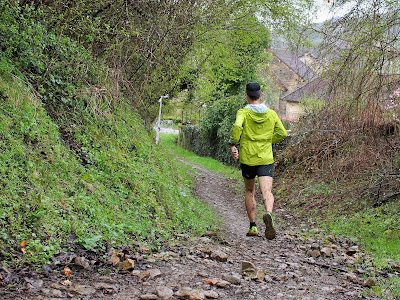 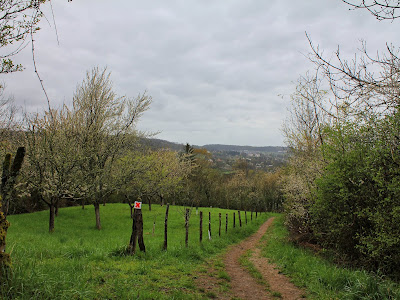 After the first checkpoint there was a steep climb covering most of the middle third of the race. I had good legs and was moving well. It felt very similar to some of the hill repeats I have been doing in training so I was confident and pleased with my preparation. I caught up to one person and held my pace all the way to the second checkpoint. I was feeling good. 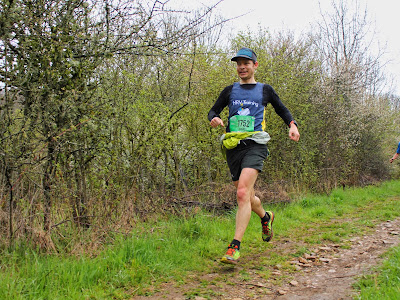 On the long descent down to the finish I ran strongly and I tried to make sure that I timed my finishing push perfectly. In "Les Laves" the route back to town is over rolling fields that sap the runners energy so I wanted to be sure that if I had to go through those fields again I would be ready and not pushing from too far out. Fortunately it was a slightly different and much faster route to the finish. I felt strong all the way and caught another two runners in the final kilometers. It was a fantastic day out and exactly the kind of effort I wanted to run.

I love running in the Jura and having a short, easy race to do was a fun way to get in some good training with a slightly higher intensity than I may have done on my own in training. 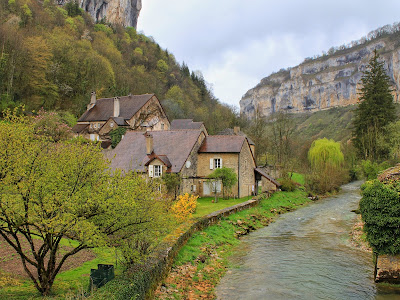 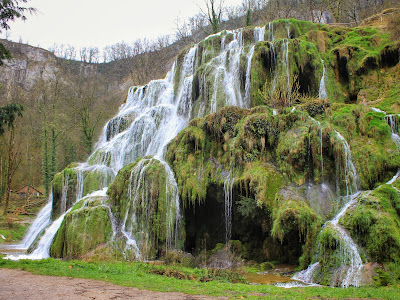