Note: this is a race report from a race in May 2019 - I'm catching up on old reports I missed.

I entered the Droit de Catogne as an opportunity to run a very hard ascent, to learn a new place where I could repeat the climb for training in the future, and to develop climbing skills. This race forms part of the Coupe Valaisanne de la Montagne which is a fantastic series of races in Valais that are close to home for me and that give runners a chance to explore and learn great routes in the alps. 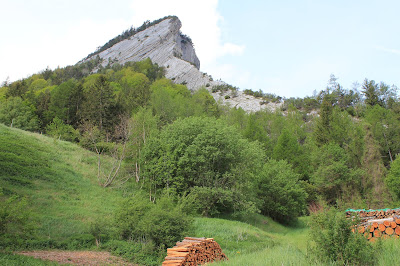 I started the race with the intention of keeping a steady pace on the climb and to watch and learn from the people around me. As always the race started at a crazy speed and people were jostling and fighting to get a good place on the single-track trail. As the climb started I was doing well and slowly moving up the field and over-taking people who had started way too fast. However, there was clearly a disadvantage of starting more slowly as passing other runners on steep single-track was not easy and that interrupted my climbig rhythm. 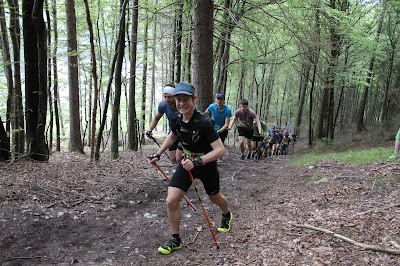 Approximately half-way up the climb the route opens up to a service road with more space for people to pass each other and although it was still steep it was less technical and difficult. From this point onwards I was moving backwards and forwards between other runners. Clearly some people had started way too fast, however, there were other runners who were running evenly and who passed me on the grinding and relentless ascent. I wasn't fresh coming into the race, but a lesson from this part of the race was that I needed more deep climbing strength and freshness to be able to perform all the way up a long ascent.

From the top of the climb down to Sembrancher, I was flying downhill! I passed a lot of people on the descent which was a great feeling and good news that I was able to run the technical trails confidently and quickly. I'm not so sure that I can easily identify a lesson from this as there are a few factors that could have resulted in my passing other runners on the descent: my technical descent skills are pretty good already, perhaps I was more fresh because I didn't run as hard as other runners on the ascent, or maybe my training was more appropriate for a race of this duration. 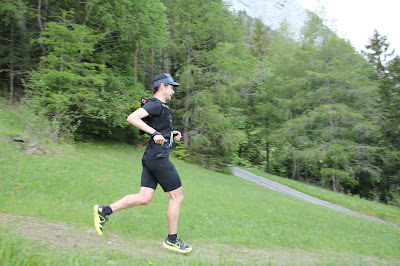 Overall, this was a great race, a good experience, and there were some good lessons that I can take forward for Gran Trail Courmayeur (edit: GTC race report).