When I was in school we would run "cross country" races in the first term of every year. Every student would run and the school houses would be awarded points based on the position of all the runners. I loved it. The mass start, running over rough trails, and the longer distance (compared to the track races) made that style of race more of an adventure and more fun than other competitions.

However, the races at school weren't exactly the same as more traditional cross-country races on lapped courses which cross streams and roll up and down through the hills. The school routes were more similar to a trail race as the runners would wind around the school property and, because it was in summer in Africa, it was dry and warm. It was fun, but I have always wanted to run a real cross country race like the ones I've followed online.

This winter I had my chance. On March 10 it was the Swiss National Cross Country Championships (Championnats Suisse de Cross) and the race was held in Montreux about 10mins from home. It was exactly what I had always imagined. A one kilometer route set up in a farmer's field and it was cold and rainy. I didn't do any specific training or preparation; I just showed up to get muddy, to run hard, and to have as much fun as possible. 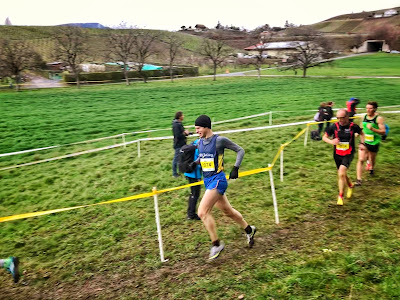 I ran in the 6km "populaires" race. It was awesome and so tough! Everyone, including me, started way too fast with a sprint off the line to try and get a good position into all the corners. The fastest lines around the corners and up and down the hills weren't obvious at first, but after a couple of laps there were clearly worn in grooves and muddy paths where the grass had been trampled and torn out the ground. Every corner was slippery and loose and all the downhills were more like controlled running slides rather than places to practice good running form. 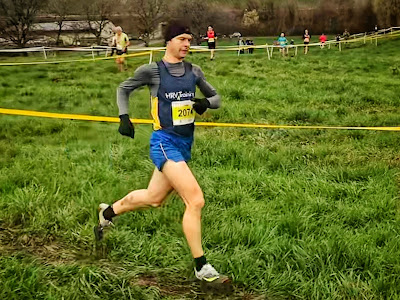 I just ran as hard as I could. I wasn't ready for the fast pace or the sharp turns and accelarations needed to perform the best on this type of course which made it more exciting because it was even harder and more challenging than I thought before the start. The race was everything I had hoped it would be: fast, fun and muddy. The loop course was brilliant because we went past the crowds at the start and finish and because I saw V cheering for me three times a lap! I had such a good time that I can't wait for next year's cross-country season where I hope to run all the races in the Swiss Cross Country cup! 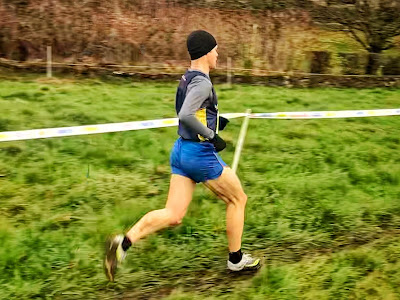