I have often seen orienteering control points in the forest during my long runs on the weekend (when orienteering races are usually held). Until recently, I had never thought much about it, but after seeing a few videos online and then realizing how big a sport it is in Switzerland (there are 17 races in La Coupe Vaudoise in 2019) my interest was picqued.

I decided the best way to learn about orienteering was to give it a try. I found an event close by, borrowed a compass, and read a few simple guides so I could at least understand the basic symbols and route finding skills needed. I arrived at the CARE-Vevey Orientation event on Mont Chesau and explained that I was a total beginner and that I just wanted to have a go. The club and organisers were amazing. They showed me the basic route map, explained some of the principles and best lines and sent me off to learn by trial and error.

The route I started with was the "Court Facile" or easy short-distance route. I found the first few control points easily and soon picked up the pace as it was mostly on trails and I could just run like a normal trail running race. I glanced occassionally at the map, not really looking at the control descriptions, but running at a good pace. I thought I was an orienteering prodigy! 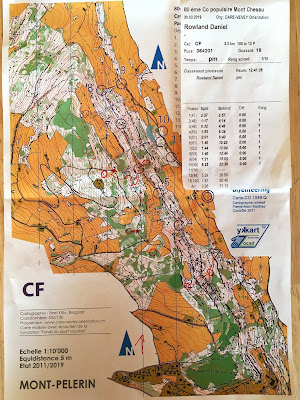 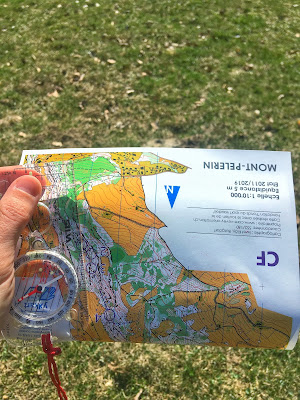 I missed control 11 so technically I didn't finish my first orienteering race. Luckily, the organisers suggested that I had enough time to try a different course, and after explaining some of the finer points about the skills and patience I should have been exercising, they sent me out on the "Court Technique" or short technical course. 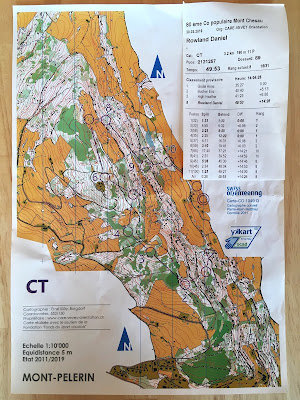 This time I got a real taste for orienteering. The control points were not so easy to find, I had to try and read the control symbols, which I didn't understand properly yet, and I had to actually use the compass to orient myself instead of just following the paths like I had previously. I was doing quite well until mid-way through when I went horribly off course following an uphill path that I thought was the right direction and I ended up taking about four times longer than I should have to find the next checkpoint. Apparently learning how to correct errors is also an important orienteering skill!

Using a bit more caution and reading the map a lot more carefully, I managed to finish the route - this time without missing any controls. After a few hours in the forest I had officially completed my first orienteering race. I learned a lot about the forest, the terrain that I sometimes take for granted as I cruise by running on the trails, and about how to actually find my way. However, I haven't even scratched the surface of all the skills needed to orienteer effectively. And the equipment! I've discovered a whole new world of reviews to read.

The whole experience was tremendous fun! I enjoyed myself so much and I can't wait to do some more orienteering races in new and different places.