I have a series of posts on my blog about backpacks for multi-stage racing written by friends who I've met in various races over the last few years. I love reading this style of review for a number of reasons. First, it's impossible to test and try every backpack so hearing others' experiences has helped me to chose a pack for my races. Second, the reviews are from people who have chosen a pack, trained with it and used it in a race so it's more than just a superficial impression of the features of the backpack. Finally, I've asked the questions that are important to me so the information included is what I want to hear about each pack.

Now that I'm racing mountain ultra-marathons I'm interested in a whole different category of backpacks. I have a great sponsor, Paagoworks, whose pack I really like, but I'm still interested in hearing about other products and features that work well which might be worth considering in future iterations of the Paagoworks packs. This is the first post on backpacks suitable for mountain ultra-marathons.

I was fortunate to assist both Joel and Matias during their races at UTMB last year. After seeing how tough that race is and the demands it puts on the runners I'm sure that a pack that worked there will work anywhere. Here are their thoughts on the packs they used at UTMB 2014.


Joel Meredith and the Ultraspire Omega 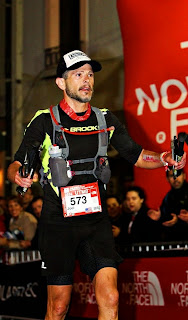 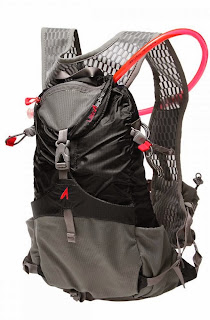 2. Did the pack have enough capacity for the required gear and anything additional items you wanted to take with you?
I travel lean for races and this pack had plenty of room to fit both the required gear and a few personal extras. It's listed as having a 13L total capacity, which is more than enough room, and the load can be cinched down to reduce movement.

3. What was the final weight of the pack before water?
If I had to guess on the final weight of my pack, I would say it was in the 5 pound range (without water). I wore many of the required items, which removed the need to pack them, and those items I did pack were the lightest versions available to me.

4. What did you use for hydration? Soft flasks, bottles, bladder?
This year, I opted to use a bladder for hydration. The pack came with a 2L reservoir with high-flow tubing. Typically, I would not run such a race with a bladder. However, this pack is uniquely set-up for easily using this method. The reservoir sleeve is external to the pack, so it is very easy to remove, fill, and replace without having typical issues like digging around inside the pack or the pack load pinching down on the reservoir and restricting flow.

5. Did the pack have enough pockets that were accessible to you while you were running? What did you put in these pockets?
This pack is a bit sparse on pockets accessible while on the move. That's one of it's drawbacks. Maybe the biggest. You basically have one bottle sleeve up front that can double is a large pocket, one medium-sized pocket with small external unzippered slip on the opposite side, and one of the trademark Ultraspire pill pockets on the shoulder. I used the bottle sleeve for food (bars, gels, etc.) and the zippered pocket for mp3 player, pills, and map. Everything else was secured in the main rear compartment.

6. How did the pack fit and ride when fully loaded for the race?
The fit was great for me. Ultraspire packs tend to fit lower on the torso, so you don't get this top-heavy feeling. This also helps reduce bounce when on the move. Very minimal movement when bombing downhills, which is when most movement and shifting takes place. There are no rib-side pockets, so you have a lot of strapping to use to achieve a really custom fit. The front attachments are well spaced and move fairly well with breathing. Ultraspire has made some significant upgrades to this front attachment system. Their new MaxO2 strapping is the best I've ever used. (I'm currently using the new Zygos model)

7. Did anything break or let you down during the race?
I had zero issues with the pack. It held up extremely well.

8. Was there any particular feature that you liked or want to highlight?
I think the most important features to me about this pack were the ability to securely attach poles to the rear of the pack and the external access to the reservoir. These were the two main reasons I chose this model.

9. Was there anything you would change about the pack or any suggested improvement you can think of?
The biggest changes I would make to this pack or address in pack selection in the future would be the addition of rib-side pocketing, having 2 bottle accessible sleeves up front, adding extra zippered pocketing up front, and working with or improving the front attachment system. Each one of these issues has been addressed by Ultraspire in their new Zygos pack. It perfectly fixes all of those issues. The only sacrifice is the loss of the side pole attachments. I really like those. The Zygos does afford for poles, but the system is not as good as on the Omega.

10. Would you recommend the pack? Would you use it again?
I would certainly recommend the Omega for a race like UTMB. Krissy Moehl specifically designed this pack with Ultraspire in order to run that race and it works great. However, I would use the Zygos pack in future races. It really is the most versatile and well-thought out pack I've ever had. Best fit too. 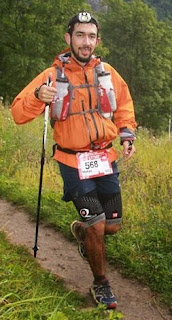 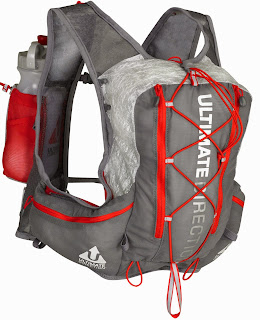 1. What pack did you use and what race did you use it for?
I used the UD Scott Jurek Ultra Vest size s/m first edition for UTMB.

2. Did the pack have enough capacity for the required gear and anything additional items you wanted to take with you?
Yes, but I must admit I was thinking it wouldn't be enough, so first I thought about using a 12L Salomon Back pack, but 12L sounded like too much to carry all your stuff for a 100 mile race. After one day running with this pack and using the mandatory gear on a training run I decided to use something in between a 5L and a 12L. I have both the AK Ultra Vest and the SJ Ultra Vest from UD so I tried to put all the mandatory gear inside the AK Ultra Vest but it didn't fit. After that I tried with the SJ Ultra Vest. As soon as I began putting all my stuff inside this vest, I was surprised that there was enough space to carry all the mandatory gear. And I think with lighter and small gear you can use a 5L backpack without problem.

3. What was the final weight of the pack before water?
I don't use a bladder, so without the bottles it was somewhere between 1.8kg to 2kg. Nothing really significant and the vest fits really well when it is loaded with all the gear.

4. What did you use for hydration? Soft flasks, bottles, bladder?
I used 2 Raidlight 750ml bottles, one with water and the other one with isotonic drink.

5. Did the pack have enough pockets that were accessible to you while you were running? What did you put in these pockets?
It has a lot of pockets to carry saltsticks, gels, bars, and all your meals... side pockets (back on the ribs) are not so accessible, but I used them to put my gloves in after the rain stopped, and I think I put one of my headlamps in there as well.

The front pockets are very accessible and really good if you want to grab bars and food from the aid station. I put some peanut butter Gu gels inside the pockets on the sides of the bottles and a few Overstims bars in those pockets at the La Fouly aid station. Below the bottels I was carrying salt sticks and BCAA pills. Right on the collarbone you have two more pockets there I put some PROBAR Peanut butter bars.

6. How did the pack fit and ride when fully loaded for the race?
It fits better when it's fully loaded. As soon as you take some stuff from it, it starts jumping or moving, so I recommend carrying all your stuff with you.

7. Did anything break or let you down during the race?
It worked perfect.

8. Was there any particular feature that you liked or want to highlight?
One of the pockets below the bottles is waterproof, not 100% but it keeps your salt sticks dry.

9. Was there anything you would change about the pack or any suggested improvement you can think of?
The two vertical bars that the chest straps attach two on the front of the pack were chafing my sternum. I would like to change them of maybe put some foam between them and my chest to avoid the chaffing. I would like to make it more waterproof, because it works really well with rain but not with your sweat from where the pack contacts the body.

10. Would you recommend the pack? Would you use it again?
If I don't buy anything else that meets the improvements to the backpack I suggested above, I would use it again for any other 100mile race that requires the amount of mandatory gear that UTMB does.